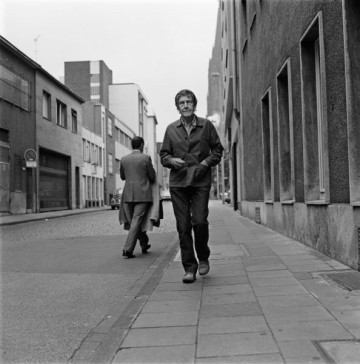 “If you develop an ear for sounds that are musical it is like developing an ego. You begin to refuse sounds that are not musical and that way cut yourself off from a good deal of experience.” 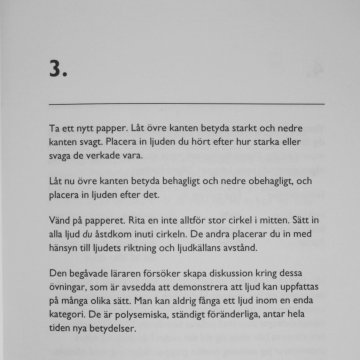 "When I hear what we call music, it seems to me that someone is talking, and talking about his feelings, or about his ideas of relationships. But when I hear traffic, the sound of traffic, here on 6th Avenue for instance, I don't have the feeling that anyone is talking. I have the feeling that sound is acting, and I love the activity of sound. What it does, is it gets louder and quieter, and it gets higher and lower, and it gets longer and shorter. It does all those things, which I'm completely satisfied with that, I don't need sound to talk to me.

People expect listening to be more than listening, and so sometimes they speak of "inner listening", or "the meaning of sound". When I talk about music it finally comes to people's minds that I'm talking about sound that doesn't mean anything, that is not "inner", but is just "outer". And they say, these people who understand that finally, say, "You mean it's just sounds?", thinking that for something to just be a sound is to be useless, Whereas I love sounds, just as they are, and I have no need for them to be anything more than what they are. I don't want them to be psychological, I don't want a sound to pretend that it's a bucket, or that it's president, or that it's in love with another sound [laughs], I just want it to be a sound. And I'm not so stupid either. There was a German philosopher, who is very well known, Immanuel Kant, and he said there are two things that don't have to mean anything. One is music, and the other is laughter. [Giggles] Don't have to mean anything, that is, in order to give us very deep pleasure. You know that, don't you? [speaks to the cat in his lap].

The sound experience, which I prefer to all others, is the experience of silence. And the silence, almost everywhere in the world now, is traffic.